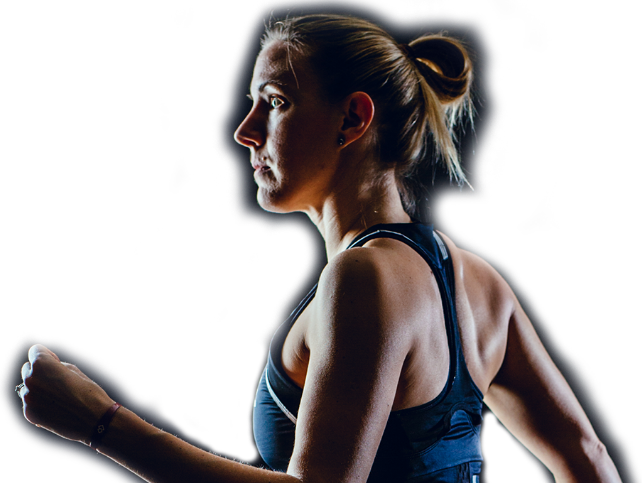 2020 was a tough year for everyone and 2021 has unfortunately started in the same fashion. We have plenty to look forward to, I am hopeful of that.

It’s fair to say that the wrapping up of my professional athlete lifestyle and transitioning into “normal” life has been strange during a pandemic. I go into this in more detail in the epilogue of my book which I am excited to announce will be released on June 1st of this year (2021). It has been a lot of work but I am extremely excited to finally get it out to you all.

In the mean time, coaching via zoom will continue as I stay cautious and do my bit to help bring this virus to an end. I am hopeful of a return to normal life and look forward to packed out squash clubs in the near future. 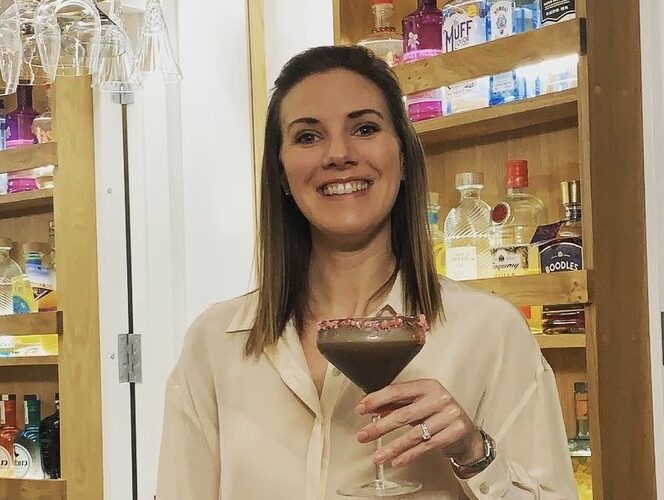 Laura has settled into retirement well. After an adjustment period, life has settled down.
Laura is currently coaching a range of players from juniors and club players, as well as county, national and international individuals. Laura has also confirmed roles as a consultant with England Squash, Head Sport and Lancashire Junior Squash.

Change and improvement takes time. In any walk of life but in the future Laura hopes to deliver a high level of coaching to the people she comes in contact with whatever their level.

Laura’s plans to write a book and continue to promote squash and women’s sport. 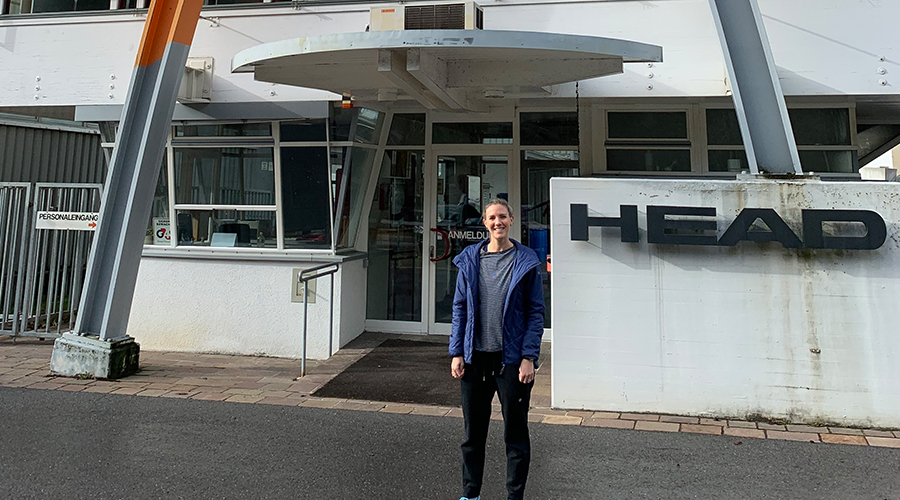 Laura retired from the PSA World Tour in May 2019 at the British Open in Hull.

Laura now plans to work with England squash and Lancashire Junior Squash growing the sport locally while working out of David Lloyd in Chorley on a day-to-day basis. 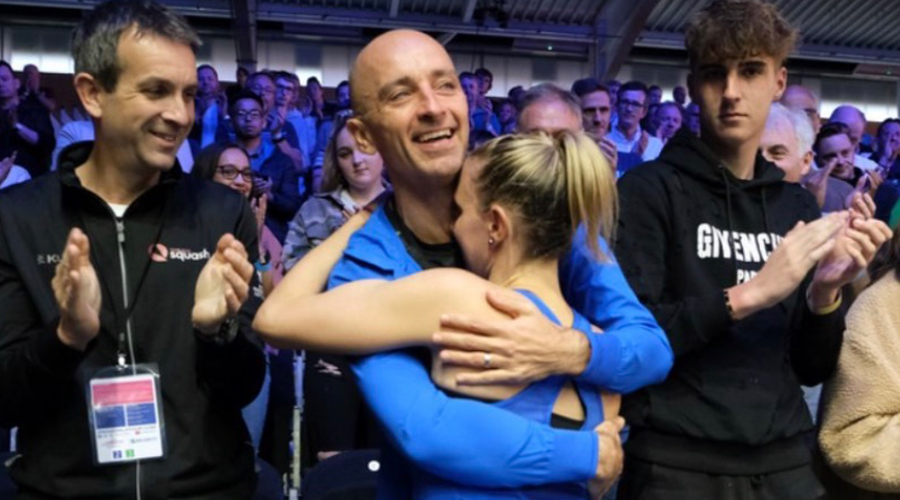 Laura ended 2018 on a high with the title at the Monte Carlo Open in December. In the final, she defeated Tesni Evans in an epic encounter 11-9 11-13 11-9 7-11 11-3. In the first half of the year, Laura made the semi-finals of three World Series events in New York, El Gouna and the British Open, and qualified for the World Series Finals in Dubai. 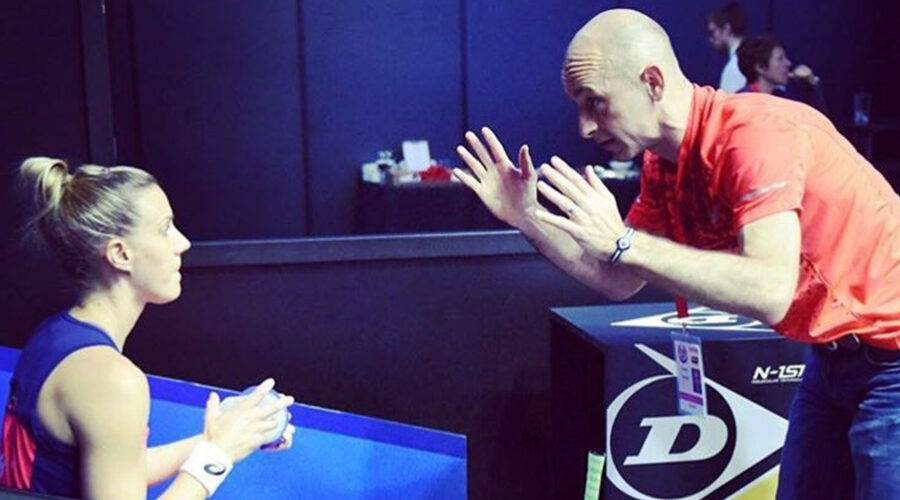 Laura began 2017 in strong form going on to win the 2017 British Open in the first all-English women’s final since 1991. Massaro also became the first Englishwoman since Janet Morgan in 1951 to lift the prestigious British Open title twice after seeing off England teammate Sarah-Jane Perry over four games in the final. Laura then successfully defended her PSA Dubai World Series Finals crown at Dubai Opera, where she defeated Egyptian player El Sherbini in three games to lift the season-ending title. 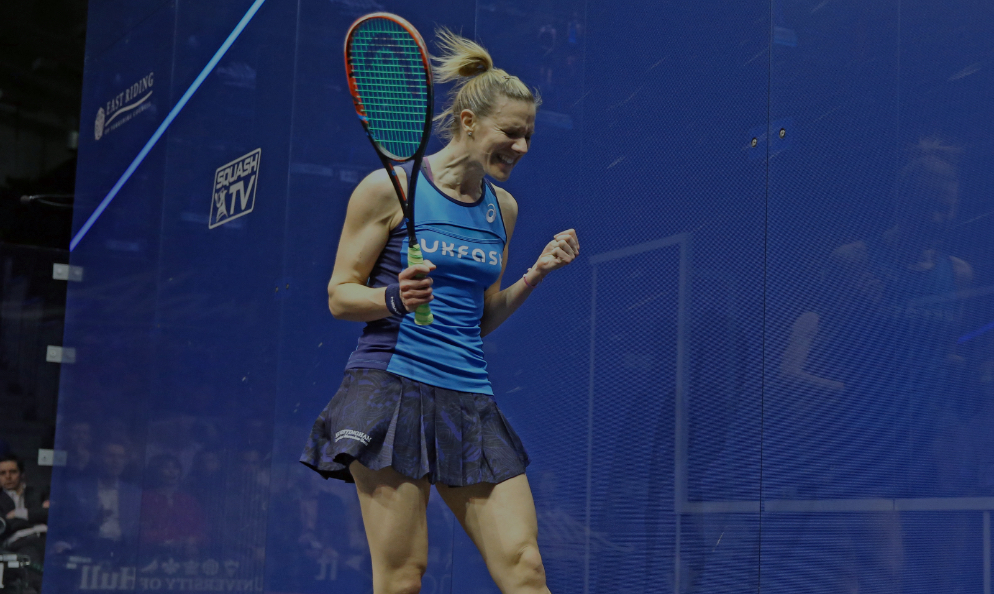 The women’s tournament saw England’s Laura Massaro take the honours as she became only the second woman ever to win the showpiece tournament – after Malaysia’s eight-time World Champion Nicol David – courtesy of a fine win over Egyptian shot-making sensation Raneem El Weleily in the final. 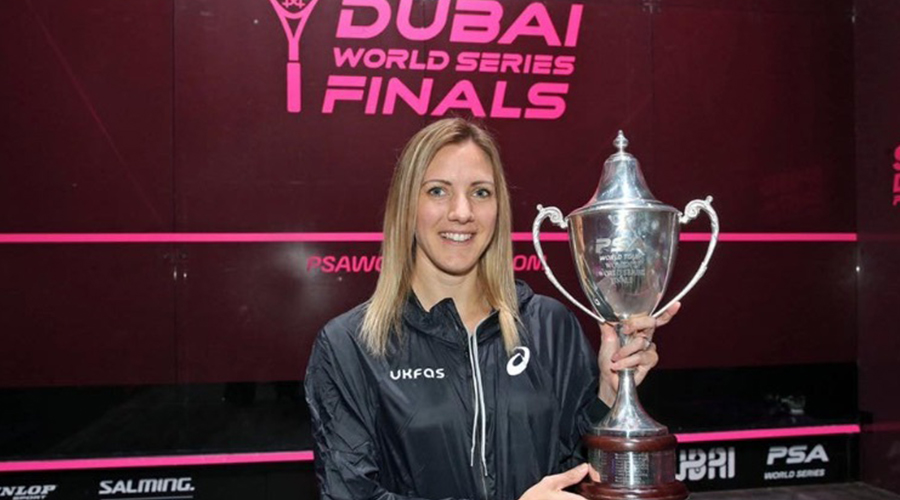 This was a mixed year for Laura with it starting poorly by her own admission. Semi-final losses to Raneem El Welily at the Tournament of Champions and Cleveland was followed by a loss in the British National’s final to Sarah-Jane Perry and a last-16 loss to Emma Beddoes in Chicago. After discussions with her team, Laura put her rackets away for five weeks with a view to return to the tour refreshed and rejuvenated. It worked! After a 3-2 semi-final win over Nicol at the British Open, she then went on to lose in the final to Camille Serme in a tight 3-1. Proof a rest was just what she needed. Summer then came and the hard work was done before the start of the season in Macau. From September, Laura took titles in Macau, the US Open and Qatar. Those wins followed by a semi-final win over the World No.1 Raneem El Weleily meant that from January 1st 2016 Laura would be ranked number one in the World for the first time in her career! 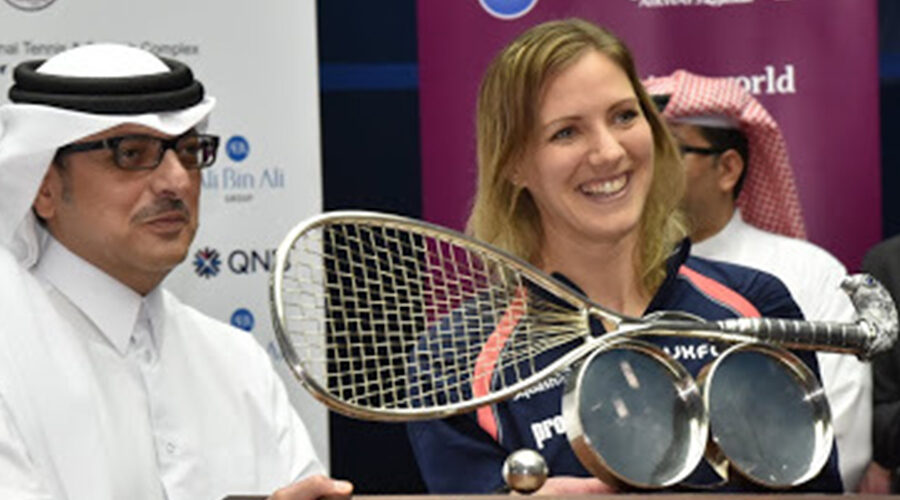 2014 started well with another final, this time in the Tournament of Champions in the iconic location of Grand Central Terminal in New York. From there, straight to Cleveland, where a quarter-final loss to Annie Au ended Laura’s trip to the States earlier than she would have liked. She then flew home to prepare for the Nationals, losing to Madeline Perry in the semi-final. Laura spent some time re-grouping after that loss, getting her focus back on to what she wanted to achieve. After a short break, Laura then travelled to Chicago renewed and ready to play. The event went well and she got her revenge on Annie, also beating Camille and Raneem to win the event. Great preparation going into the World Open in Penang. The event in Penang was a massive success and after saving four match balls in the quarter-final, Laura went on to win the event beating Nour El Sherbini in the final to become the first Englishwoman, since Cassie Jackman in 1999, to win the title and become World Champion. A massive achievement! 2014 continued with success when, after a summer of preparation, Laura achieved two silver medals in Glasgow at the Commonwealth Games. Her silver medals came in the women’s singles event and the women’s doubles. The Games in Glasgow were a huge success for squash and on finals day the TV audience peaked at 1 million viewers! 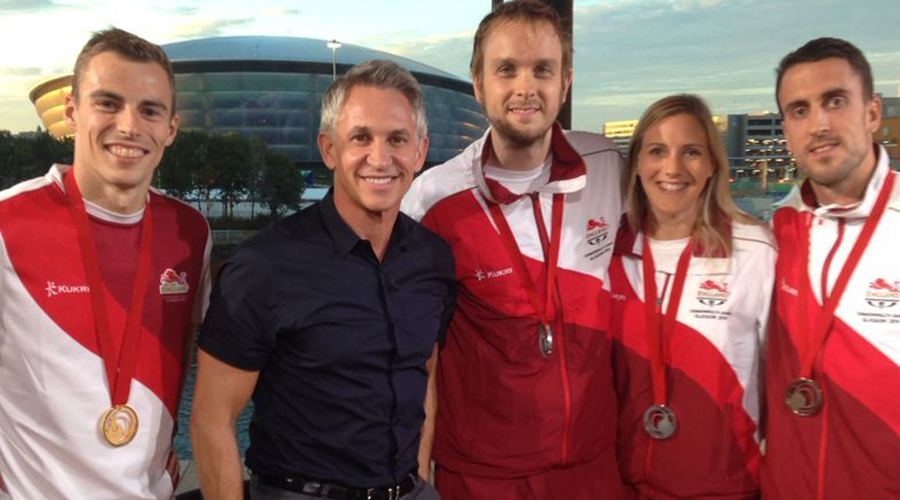 2013 did not start positively. A sickness bug meant the withdrawal from the Cleveland Classic before recovering just in time to make the British National’s. The event went well with Laura narrowly losing in the final, which was a fantastic result considering the preparation. Then, in March 2013, Laura won the KL Open, a World Series Gold event, beating World No.1 Nicol David in the semi-final before taking the title against Alison Waters in the final. It was a huge win to beat Nicol on her home turf in Malaysia. Laura backed up this win with her biggest title to date, winning the British Open title and becoming the first British woman to do so in 22 years. The rest of 2013 was a good year. It didn’t bring any titles but Laura lost in very tight finals in the US Open and Monte Carlo Classic. 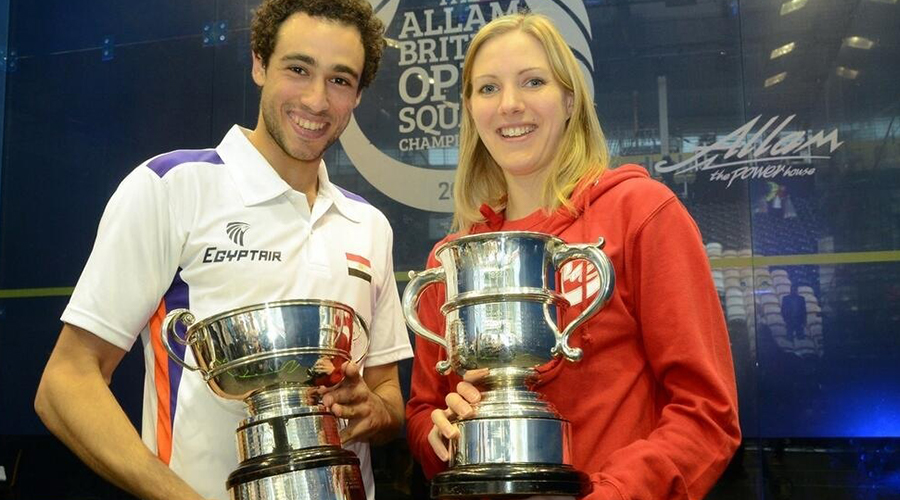 Laura became England’s No.1 player when she jumped above England team mate Jenny Duncalf for the first time. She also won the Carol Weymuller Open in Brooklyn before ending the year as runner-up at the World Open in the Cayman Islands. This cemented her place as World No.2. 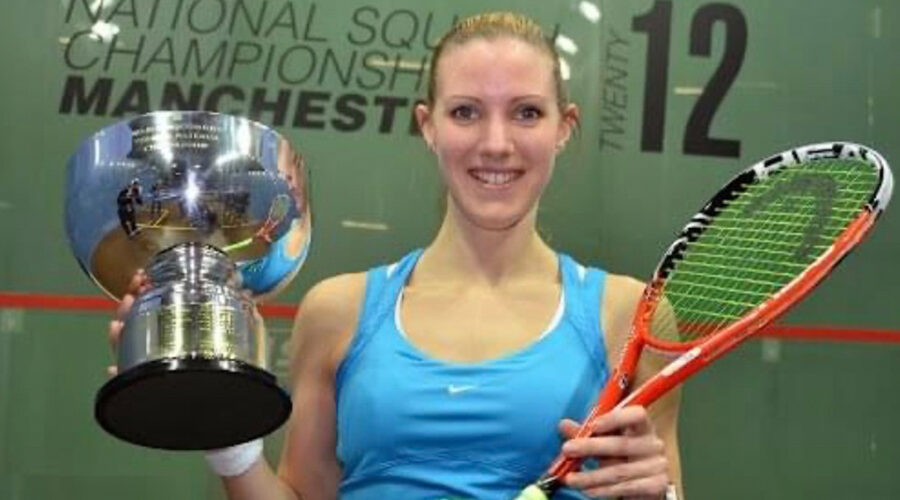 Laura won her first Gold 50 event, the Cleveland Classic, despite being seeded 8th for the event, beating World Champion Nicol David in the final, and later that year claimed another momentous win in the $60,000 WSA World Series Gold event, the US Open. The win allowed Laura to finish 2011 at No.3 in the world. 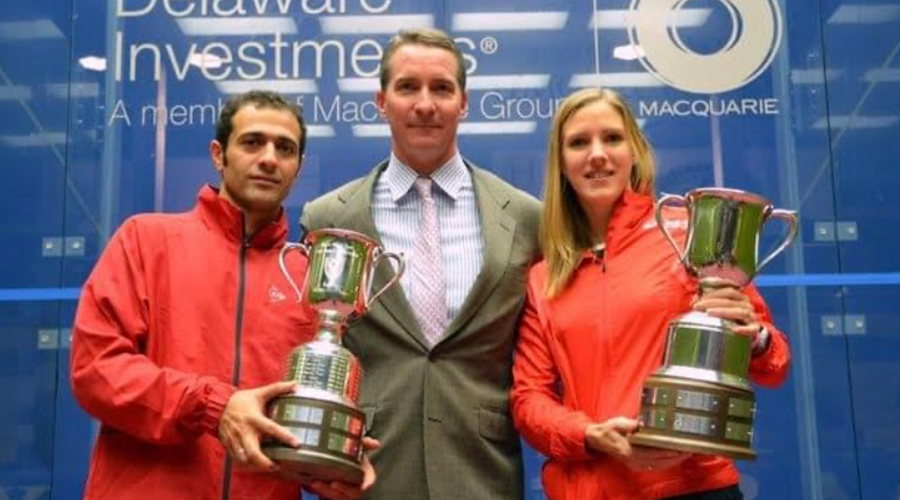 Laura put in an extended run of tournaments in which she exceeded her seeded expectations and, in June of the same year, she broke into the world top 10, where she has remained ever since. 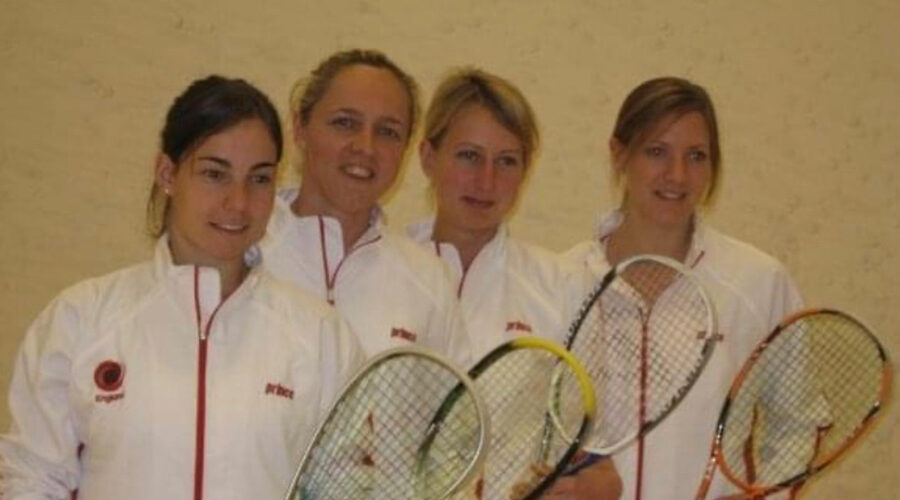