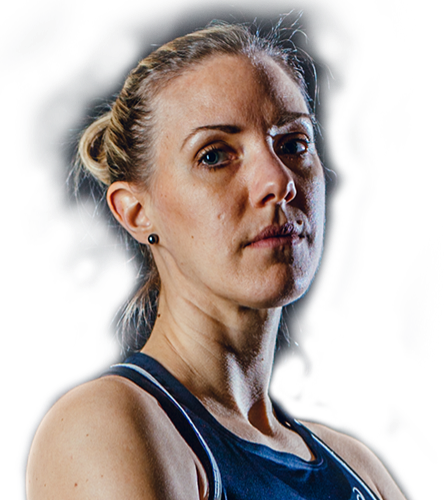 After the unexpected loss in Brooklyn the extra training days in Philadelphia went well. I stayed with my brother who has recently moved to the area and trained at the Fairmount club where he now works. The set up they have there – Scozzie Squash is brilliant. 14 courts with over 150 kids in the programme and enthusiastic coaches. They made me feel right at home and it was a fantastically positive environment for me to be in. They have some great young players and even a few National Champions. I managed to get on court with a few of them while I was there which was great fun.

After a some good training it was time to let the freshness come back to my legs and that meant a bit more relaxation time. Since my brother had barely any furniture we ate out, went for coffee and to the cinema – we saw the Intern which I recommend by the way!

The Thursday before my first round match at the U.S Open Danny, DP and Nick (Matthew) all arrived from the UK. I moved into an apartment with them in the city and we got settled and prepared for our matches. I had a good couple of days hitting on the courts and was enjoying my time in the apartment. A home away from home and so much better than a hotel.

My first round was against Heba El Torky from Egypt. We haven’t played for a few years and I know she is a tricky player so I was full focussed for the match especially after my loss in Brooklyn. The glass court suited me and I played well hitting my targets and being solid all over the court. Heba made a few unforced errors and I capitalised on them with a 3-0 victory. Nick and I were playing on the same day and although he had a tough match with Chris Simpson he managed a 3-2 win so the apartment was a happy one that night. We both had a rest day before our last 16 matches on Tuesday.

We spent our rest day relaxing and hitting at the local club in the city centre. It was a nice calm day but the up and coming match was always bubbling away in the back of my mind. My last 16 match was a tough one against U.S number 1 Amanda Sobhy. I got an early night and prepared for the match as well as I could.

Generally I was feeling in a good place, I knew I was fit from my summer training and I knew I was sharp from my previous week of training. When that’s the case my mind just has to get in line and generally you know if mentally you are there or not within the first few rallies of the match. Today I knew in my warm up! That’s not to say I knew I was going to win the match, I just mean I knew I would perform well and that, as an athlete is all you can ask for! I won the match 3-1 and was so pleased with how I felt on court physically. Another rest day and my quarter final match would be against Nicol David and now World number 2 – a tough draw for both of us!

The match day came round quickly and I think I could get used to having day on, day off at events. It allows you to enjoy your win a little longer before the focus of the next round has to happen. I didn’t sleep great the night before my Quarter final and if I don’t sleep well it’s not great. I tried to have a nap in the day but as I said earlier, generally you know how you’re feeling before you go on and I didn’t feel quite firing! I did however make an ok start to the match. I felt I controlled the 1st game but somehow lost it. It was a blow and the 2nd game subsequently went by quickly, losing that as well. Finding myself 2-0 down and not feeling in a great place I needed a kick up the backside. Just fight to get a game I told myself. One point at a time and see how it goes…. Well it went well and I took the 3rd game. Surely I couldn’t do what I did at the British Open in May and come back to win? If I was thinking that I knew she must be too. I made a big push for the 4th and managed to win it and take the match into a decider. The 5th game swung back and forth and to be honest it could have gone either way. I just was thinking I do not want to fight to come all the way back to lose in the end anyway. Somehow I held on and took the match 12-10 in the 5th – by far the most closely contested match Nicol and I have had over all the years we have played.

So, after an 75 minute match all of a sudden there is no rest day now! Straight into the semi final the next day against Omneya Kawy. She had also played 5 games with Dipika Pallikal but it was slightly shorter in duration. I knew I needed to stay positive in my mind about my physicality and I thought I did that really well. It was a quick turn around but I felt good and this is something that I was really happy about. I made a good start to the match and although Omneya played a great first game I managed to save 3 game balls and steal the game. The second and third were a bit more comfortable as I hit my targets well and she made a few unforced errors. I managed to win the match 3-0 for the first time in my career against Omneya. Into the final now against giant killer Nour El Tayeb who had beaten world number 1 Raneem and world number 4 Camille. Again, no rest day so a quick turn around before the final tomorrow!

I did sleep well before the final. It was a shorter day than the previous day’s with the match being at 3.30. Unfortunately Nick lost his Semi Final to Omar Mosaad so it was just me playing on finals day. The men spent most of the day watching sport on TV while I prepared for the final. I felt good though and I was grateful to have won in 3 games the previous night to allow for some extra recovery. I started the match the better of the two of us. I’m not sure if Nour had a few nerves but I was happy to get off with the first game. Nour seemed to settle after the 1st game and the game was a tight one. I was in the lead at 9-7 but somehow tried to force my way over the line and made a couple of errors. I lost that game. Now it was a battle, Nour was confident and although I chased and fought hard she played a great 3rd game and I found myself 2-1 down. I big re group was needed between games and Danny and I came up with a clear plan for the next game. Even if I didn’t work I knew I needed to try and change something. I went on focussed on my tactics and although it was tight I managed to come through and take the game and level the match at 2-2. Back in it with a 1 game shoot out to be U.S open champion – the title, the ranking points and the money all on the line, I tried to think of everything to give me the push I needed for the 5th. I made a great start – a couple of winners and a couple of errors by Nour and I got a good lead. I told myself not to let is slip away now and to stay focussed. It was a big effort as Nour raised her game and was diving athletically all over the court. I tried to stay cool and not panic when she was on the ground. I somehow came through and hit a great forehand drive down the wall to win the match – although the tension on the no let for her, then review made me keep my focus that little bit longer than I wanted to in case it got over ruled but it was upheld as a no let and I was the CHAMPION!

What a week, made even more special after the disappointment of the previous tournament. 2 titles out of the first 3 events played. It’s a better start than I could have expected, but I’ll take it, push on and be ready to play well in Qatar in a couple of weeks.